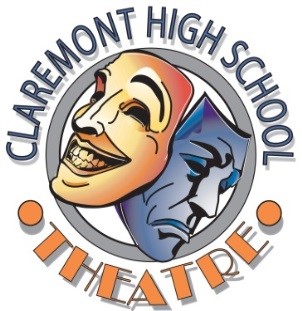 The Claremont High School Theatre program was started by Don F. Fruechte and followed by his student and professional educator, Krista Carson Elhai, has been fortunate to have two dynamic leaders who have grown the scope of offerings over five decades.

The program found a home in the newly renovated Don F. Fruechte Theatre for the Performing Arts, which was named in 2013 thanks to the generosity of alumni, parents, friends, and community members, in partnership with the Claremont Unified School District. 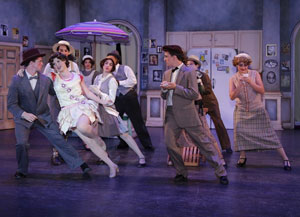 The time has come in the program’s development to secure opportunities for future students by dedicating a reliable revenue stream for operations.

By creating an endowment in the form of a donor advised fund through the California Community Foundation, the program will be guaranteed revenue based on a fixed percentage of the fund’s growth. This creates stability through transitions in staffing, annual funding cycles, and season selection.

To make a secure, tax-deductible donation online, click on the button below. You may also send checks payable to the California Community Foundation, noting that the donation is for the CHS Theatre Legacy Fund. Checks should be mailed to:

See what some of our donors are saying:

John Lee Beatty
Recipient of multiple Tony, Obie, Drama Desk, and Outer Critics Awards, as well as a member of the American Theater Hall of Fame.
“CHS Drama propelled me forward in my interest in theater, which I then pursued at Brown and the Yale School of Drama, leading to a long professional life as a scenic designer for more than 110 Broadway productions. It is my mission to be able to share the joy of that passionate involvement with future generations of CHS students.”

Bridget Healy
Active community member serving on boards and committees of multiple organizations, as well as 31 years of service to local government.
“I have had the extreme pleasure of attending CHS Theatre shows for almost 30 years, long before and long after my daughter performed, assistant directed and served as Thespian Troupe 2129 president. The continually outstanding program propels young people into adulthood with life skills that both enhance their incredible CHS education and prepare them for life’s ups and downs. My appreciation of CHS Theatre is beyond words.”

Robert Elhai
Composer and arranger for many Oscar, Tony, Grammy and Emmy Award-winning musicals, operas, concerts, albums and more.
“There is no doubt that the opportunities afforded me by the CHS Theatre and Music Programs gave me the confidence in my ability to have an exciting career arranging and composing music for shows such as The Lion King, as well as the life-long skills needed to make a real contribution to the world. There are many talented kids who will surely shine once they have those same opportunities.”