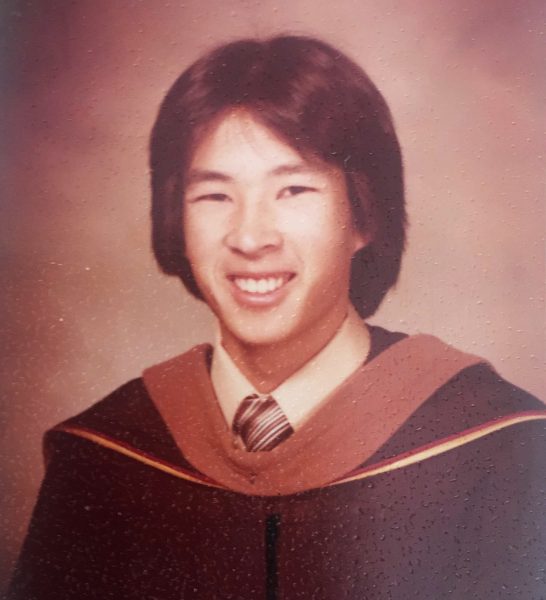 In the fall of 1979, William E. Nakano, a native Los Angeleno and Sansei, entered his First Year at UCLA’s School of Law.  Bill’s life was tragically cut short on June 4, 1981 when he was killed in a car accident near Lone Pine, California, the summer before his Third Year.   Bill was twenty-three years old.

Bill received his Bachelor of Science degree from the University of Southern California, Magna Cum Laude, in June 1979.  He was an accomplished student receiving numerous honors including appointment to the Dean’s List, Phi Beta Kappa (Nation’s Oldest Academic Society), Beta Gamma Sigma (National Business Honor Society), Alpha Mu Gamma (National Foreign Language Society) and Alpha Lambda Delta (Freshman Honor Society).  He was an officer and active member of Zeta Epsilon Tau Service Fraternity and the coordinator and tutor for the Asian American Tutorial Project, a commitment to immigrant and bilingual youth that he would continue throughout his matriculation at USC and UCLA.  Bill was an Eagle Scout and attended Centenary United Methodist Church.

While attending UCLA School of Law, Bill participated in the Moot Court Honors Program, served on the Admissions Committee as Student Bar Association Representative and as student liaison to the Japanese American Bar Association, was a member of the Asian Pacific Islander Law Students Association (APILSA) and tutor for the UCLA Asian Education Project.  He was a good friend and mentor to those who knew him.  Bill was survived by his parents Shigeo and Sumi Nakano and sister Elaine.

For almost forty years, the “William E. Nakano Memorial Scholarship” has been awarded to exemplary UCLA law students who have demonstrated a lasting commitment to the welfare and future of the Asian Pacific Islander Community.   It was the only known UCLA School of Law scholarship focused on the needs of the Asian Pacific Community

To ensure that Bill’s legacy continues to inspire and support other young attorneys, the William E. Nakano UCLA School of Law Memorial Scholarship Fund has been re-established with the California Community Foundation where it can continue to honor Bill and the dedicated efforts of future attorneys in perpetuity.

In remembrance of Bill’s enduring spirit and compassion, an anonymous donor has generously agreed to match donations.  Please join us in remembering William E. Nakano and supporting the legal needs of the Asian Pacific Islander Community.

To make a secure, tax-deductible donation online, click on the button below. You may also send checks payable to the California Community Foundation, noting that the donation is for the William E. Nakano UCLA  School of Law Memorial Scholarship Fund. Checks should be mailed to: