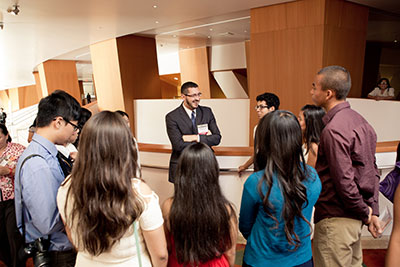 The Warren Christopher Scholarship Fund was established in 1992 with a gift by the partners of O’Melveny & Myers LLP to honor Warren Christopher, its former chairman and senior partner, when he was appointed U.S. Secretary of State. Secretary Christopher passed away on March 18, 2011, at the age of 85, but his willingness to help others and his enthusiasm for public service live on in the scholarship program that bears his name.

Secretary Christopher was an alumnus of Hollywood High School in the Los Angeles Unified School District (LAUSD), and the fund provides scholarships every year to 10 to 15 outstanding LAUSD high school sophomores. The $20,000 scholarship award is meant to inspire students to complete high school, college, and post-graduate school, and the program focuses on high school sophomores because this population of students receives less attention. The students chosen face real risks that their education will be cut short by circumstances beyond their control. Close to 200 Christopher Scholars have been named since the program began in 1994. The challenges facing Christopher Scholars are profound. Often attending high schools with exceptionally high drop-out rates and living in circumstances ravaged by drugs, violence, poverty and illness, Christopher Scholars have gone on to attend some of the finest universities in the country. All Christopher Scholars have graduated high school or are on track to do so (despite a nearly 50% drop-out rate among their peers), and all but four have gone on to four-year universities. Our Christopher Scholars are now teachers, public servants, doctors, lawyers, business people, entrepreneurs, political advisors, and community leaders—all are shining examples of success against long odds.

The program goes far beyond just financial assistance for college, which is one reason why so many of the Christopher Scholars succeed and why the program has such a dedicated group of scholars who work to support one another.  The advisory board and a committee of volunteers from O’Melveny & Myers LLP and outside the firm take a personal interest in each scholar, giving mentorship and career advice, providing job and internship opportunities and helping scholars find the resources and services they need (including even housing and medical care in some extreme situations).  Also critical to our success in these efforts is support from our partnering organizations like the California Community Foundation, the Los Angeles Unified School District, Boojum Institute for Experiential Education, and the South Central Scholars program.

Thanks to the work and generosity of our board, volunteer committee, and a strong network of donors and friends of the program, the scholars also have many opportunities throughout the year to build a network with each other.  Such events include art tours hosted by curators at the Los Angeles County Museum of Art, job hunting and college essay writing seminars, our annual holiday party at El Paseo Inn on Olvera Street hosted by Don Camacho and family, a three-day summer excursion to which all scholars are invited hosted by the Boojum Institute for Experiential Education, and a summer send-off party for our scholars entering college hosted by Giacaomino Drago and family.  We also have been able to provide the scholars access to Kaplan SAT prep courses, help them navigate the world of graduate school, and also find jobs in programs like ours that serve other disadvantaged students. 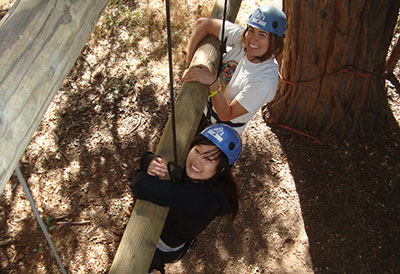 The Warren Christopher Scholarship program is one of the most cost-efficient and successful scholarship programs of its kind in the country. Relying on an original $1.5 million grant, a focused mission, wise investment decisions and minimal overhead costs, the program has awarded roughly $3 million in scholarships — or twice the initial grant. The fund was established at the California Community Foundation in 1992 with a gift by O’Melveny & Myers LLP to honor Warren Christopher — the firm’s former chairman and senior partner — when he was appointed U.S. Secretary of State.

In 2010, the Warren Christopher Scholarship Fund embarked on a fundraising campaign to raise $5 million to make this scholarship a permanent opportunity for Los Angeles students. This effort will ensure that 10 or more scholars will be recognized annually as well allows the fund to adjust scholarships awards for increasing tuition costs. To be clear, all of the money we raise goes to scholarships and are not used for these extracurricular activities.  Nor are any such funds used for our annual awards ceremony at Disney Hall, as O’Melveny sponsors that annual event.  Through the generosity of friends of the program (both their time and their resources), we have been able to build a robust community for our scholars–which helps them overcome many of the challenges facing them in high school, as they start and work through college, and in the professional ranks beyond.

As one scholar recently said, “The Warren Christopher Scholarship Program surely proves to be a lot more than a four-year college education scholarship.”  Or as another said:  “It’s like a second family—or the only family some scholars really have.”

Please make a contribution to The Warren Christopher Scholarship Fund today to support more promising LAUSD students. There are many options to contribute: