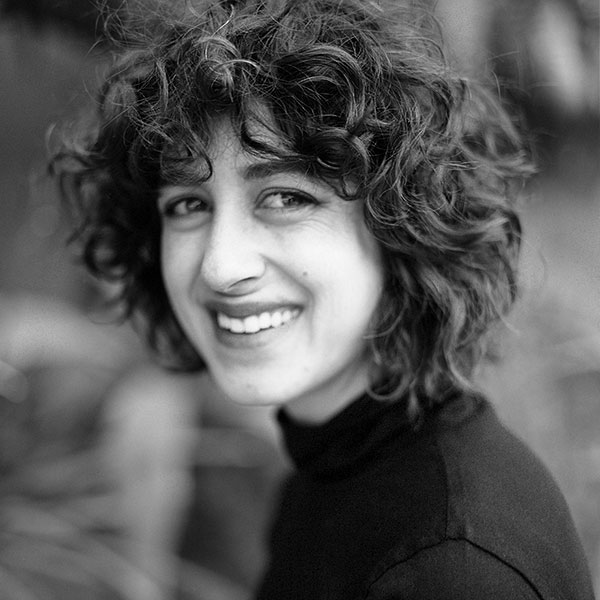 The combination of unconscious intuitive action and attentive conscious analysis forms the framework of my art, which addresses questions of identity and experience. Through self and social analysis, I have constructed a vocabulary of forms, both historical and personal, through which I communicate an ideology focusing on gender, paradox, movement and the body. I use the tactility of clay, creating sculptures depicting recurrent symbols with adaptable meanings to articulate a greater understanding of the everyday.

By using clay — which is fluid and moldable in its wet state but fires to a hard permanence — I challenge the very concept of change and fluidity these forms aim to embody. Translating, repeating, simplifying and reinventing the casual or insignificant gives weight to unseen details, allowing me to meditate and propose alternatives to definitions dictated by the majority of society.

After reading Ursula K. Le Guin’s novel “The Left Hand of Darkness” (1969), in which people on the planet Gethen are “ambisexual” with no fixed sex, I became transfixed by the idea of gender fluidity in our own lives. Forms like infinity symbols, combs and chains embody both masculine and feminine traits, symbolizing the existence of all genders, fluid and multiple. In 2017, I created a Glossary of Terms and Symbols, an illustrated guide to these archetypes, describing the personal and political symbolism of each form. Through these shapes, I create a vocabulary for communicating what it might be like to exist in a non-binary world.

2016
Denim Chain on Trees, Installed at the Bowtie Project, in collaboration with Clockshop and California State Parks, Los Angeles, CA

Education
Resident, 2016
Skowhegan School of Painting and Sculpture, Madison, ME