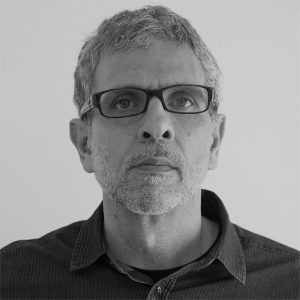 Growing up in the 1970s, I lived for comedy that trafficked in parody and irreverence: The Carol Burnett Show, Mad Magazine, Wacky Packages, Dean Martin’s Celebrity Roasts, and Norm Crosby. In my first year of college I saw Vito Acconci lecture and decided to become an artist.

Many of my projects have encouraged communal acts of parody, most notably the crowd-sourced series Albums by Conceptual Artists. More recent work flirts with the bureaucratic aspect of minimal and conceptual art with the deft touch of a prop comic. The resulting body of work explores fragility, instability, malfunction, humiliation, torture, and death.

I was diagnosed with Multiple Sclerosis in 2013, and this transformed my practice into one more focused on physicality and its limits. For example, I have been fabricating chairs out of butcher paper and scotch tape for gallery spaces. Practically weightless, they encourage the visitor to sit down while contemplating the surrounding art, but to do so would lead to disaster. They act like conceptual banana peels on the gallery floor.

2015
Never Give a Sucker an Even Break, The Situation Room, Los Angeles

B.A., 1987
University of Illinois at Chicago