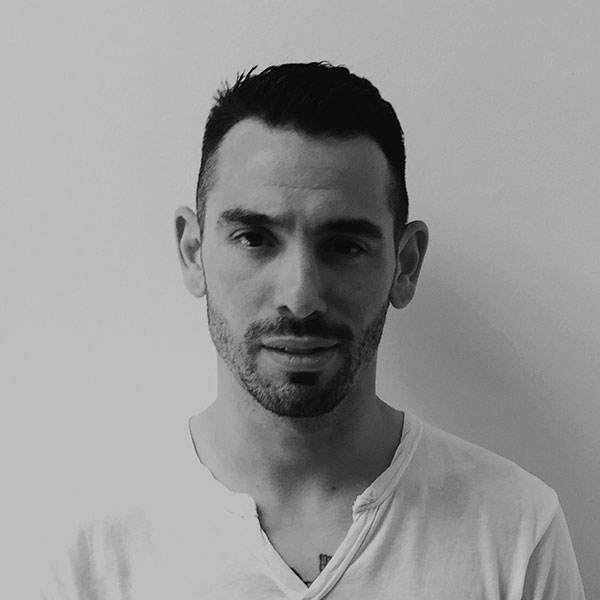 I am a Queer, Iranian-Mexican-American artist who grew up in Lincoln Heights. These intersecting identities have always left me understanding myself as somewhere “in between” labels of signification. I feel the greatest sense of belonging as a Los Angeleno, my identity shaped by the fluidity of cultures, architecture, and the movement between interconnected spaces of difference that this city encompasses.

My approach to art-making reflects my lived experience. The hybrid objects that I create draw from a lineage of LA architecture that ranges from the Case Study modernist housing program, to the Orientalist public buildings of Edward Durell Stone, and the vernacular styles and DIY finishes of the anonymous–often immigrant–homeowner. I am interested in the politics of form, how form becomes a facade for meaning, and how it affects our understanding of surface, color, shape, architecture, and design. Triangulating between disparate coded styles, my goal with my work is to challenge dominant formal meaning, destabilizing a hierarchy that prioritizes one mode of form over all others.

I aim to engage viewers in a personal reckoning with that which is often experienced as neutral but is actually fraught with content. I am constantly grappling with the fact that the way the built environment looks is steeped in decades of discourse and centuries of practice when we consider colonialism, regarding the ‘purging’ of what is deemed not to belong, in seeking ‘purity’ of form, and eradicating cultural specificity and ornamentation—which is always a metaphor for the ‘other’. Thus, I seek to challenge and unearth the buried contradictions of a canon that has rarely been inclusive. My work, instead, gives way to forms that enact coexistence; mirroring not only my hybrid multicultural upbringing but also the hybrid aesthetic that makes up the visual lexicon of Los Angeles as a site.