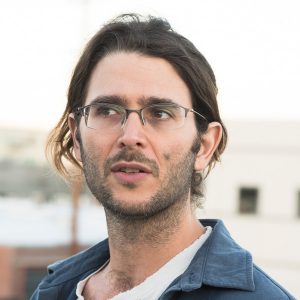 My experiential and performative projects question ideas of individual agency and collective action by engaging with unexpected creative partners: construction workers, linemen-in-training, sauna enthusiasts, State Park employees and citrus growers. My work creates specific yet open frameworks that invite people to contribute to the activation of the artwork.

The Steam Egg is a 10-foot floating mirrored sculpture; a darkened communal sweat-filled ovoid sauna, where participants absorb the DJ’s acoustics from spoken word to death metal, breathe the HerbJ’s sage or seaweed infused steam and meet one another knee to knee.

The Unfinished, is an excavated obelisk along the banks of the L.A. River. It is a 137-foot replica of Pharaoh Hatshepsut’s monument known as The Unfinished Obelisk. The recumbent urban earthwork is a failed symbol of vertical power that exists on a post-industrial piece of state-owned land.

Juicework is an installation that explores the service economy by inviting viewers to use more than 1,000 stoneware tools, objects, tree slabs, cushions and water features, in an extractive exhibition of California land, labor, light, citrus and psychedelic speculation. Come thirsty.

2015
R.S.V.P. Los Angeles, Pomona College Museum of Art, Claremont, Calif.
After Victor Papanek: The Future is Not What is Used To Be, Armory Center for the Arts, Pasadena, Calif.