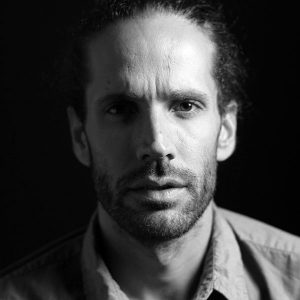 My work explores the transitional and uncertain phase of subjects undergoing a rite of passage in which their normal condition and function is altered, leaving them in a suspended “betwixt and between” state. The sense of purpose and identity dissolves, bringing about disorientation. The work attempts to visualize this state, known as liminality, within systems of order and control, through means of repetition, interruption, obstruction and or erasure. These disruptions are seen as the liminal states in otherwise constant and accepted modes of presence. I believe that through disorientation and uncertainty we find an unbiased and arbitrary way of engaging with our relationship to absolutes as well as an emancipated analysis on our conditioning and expectations. It is my assertion that the synthetic world portrayed in the work is fundamentally a liminal space. This is not because it is functionally transitional, except perhaps that it offers no ending or resolution, but that it functions parallel to ‘real’ space and remains temporary in its occupancy.

2011
Over and Over, Armory Center for the Arts, Pasadena, Calif.

2011
Don’t Get High On Your Own Supply, David Castillo Gallery, Miami, Fla.