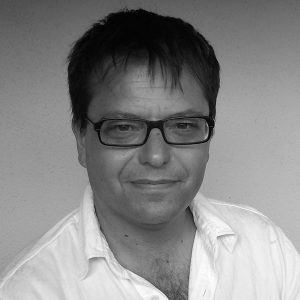 A consistent theme throughout my career has been new interpretations of historical, political and literary works revitalized through unique materials and techniques. “History painting” may seem anachronistic to contemporary art, but I use the genre to describe an entire range of contemporary dialogues, especially how images are contained by the singular mind and society as a whole.

My most recent concern has been a five-year fascination with the classic American novel Moby-Dick. This body of work considers Melville’s text as a psychic diagram of our enduring national obsessions. I feel that behind the novel are projected fantasies that are both mythic and compulsive. I am fascinated by the possibility that culture and politics, rather than being conscious expressions of society, are the residue of repressed, collective fantasies. The “drive” of labor, success at any cost, and an individual, rather than collective, emancipation toward “freedom” are at the center of the American myth. These interpretations have driven me to choose my materials and techniques carefully, and work with those that have mercurial properties of changing densities and textures. They in turn allow the images I use to evolve in meaning, and serve multiple interpretations of the greater content.