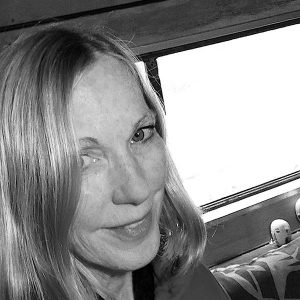 As an experimental filmmaker, I’m intrigued by the intersection of artifice and real life. My work explores the emotional power of inanimate objects, as bridges between the spoken and the mute, the live and the not so alive. The visual language of the films suggests elliptical narratives, and investigates issues of memory, loss, fear, violence, transience and the body (especially the female body). I work both conceptually and intuitively, often compelled by an image, an idea, a sound, a newspaper article or a cultural artifact.

Currently, I’m working on a series of films called The Nervous Films. The rhythms of the films veer between hypnotic and manic. They all seem to be directly or obliquely about war, life and death. Elements of nature are emerging, real and artificial: grass, dirt, blood. The body is turning inside out, getting buried and unburied. Sound is disjunctive, and found voices (from 78 rpm records) are also being heard. Working with found materials to create montage/collage films, I feel that I’ve just begun to mine the inherent power in these materials that comes from their use (or disuse). I’m not sure where it’s all going, but, with each new film, I am excited by the possibilities.