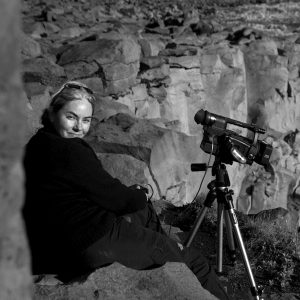 My art practice is in various media – photography, 16mm film and immersive architectural video and sound installations – with which I explore the nature of perception and media representation, specifically how cultures express themselves through the style of nature that they produce at a given time and the medium through which they construct this nature.

My interest in the nature of matter – in cycles and systems, specifically the forces and cross-rhythmic tensions that make natural phenomena emerge – stems from my growing up in two seemingly entropic environments, Mexico City and the Mexican jungle, where I would follow my father in pursuit of Mayan archaeology. Common to both environments is hypercomplexity, multiplicity and constant change. My moving to Los Angeles and expeditions to geologically young Iceland, Patagonia and the Sahara have furthered this impetus.

My work is driven by the concept of élan vital, developed by the French philosopher Henri Bergson, who described it as “the explosive internal force that life carries within itself,” which he claimed animates all being. My At Any Given Moment series is further informed by the ideas of the composer Karlheinz Stockhausen, who said: “We are all transistors, in the literal sense. People always think they are in the world, but they never realize that they are the world.”

2009
At Any Given Moment, Grass #1, curated by Camilla Trigano,Environment Furniture Gallery, Los Angeles