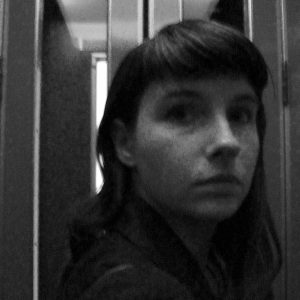 My work draws upon historical narratives to explore human agency and the potential for change. Combining strategies of performative re-enactment with installation, I construct situations where history provides a pretext to explore how individual actions matter in the present tense. The works embody the ambition of empire and the pleasure of ruin with actions from do-it-yourself building to looting and revelry.

I explore moments of temporary eruption: those fleeting points when change seems palpable, from the suspension of normal activity during a power outage to the provisional sense of community experienced during protest marches. The objects in my work bear the marks of production; they cannot cheat death like the artifacts inside museum display cases. I operate on a scale where individual actions matter and the imperfect hand of the maker is evident.

Architects create scale models to render a large physical space apprehensible, and scientists experiment to find out what happens when a process unfolds over time. I operate between these modes, altering scale of complex historical situations while entering each without knowing the outcome. Through this process, I hope to shift the viewer’s perspective so that action has effect, and the potential for change is an accessible reality.

2009
All that is solid, Anthony Greaney, Boston

2007
You CAN Build a Wall, part of the CalArts Feminist Symposium, Valencia, Calif.