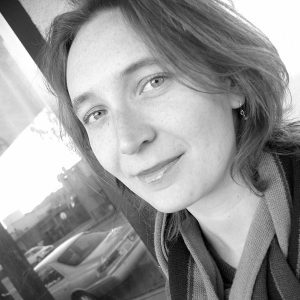 My practice uses performance as an investigative tool. I play within the conventions of historical, media and artistic discourse in making work that brings attention to the institutions and roles we inhabit. Through my use of found texts and presumed personas I develop long-form projects, which often include installation, text-based works and video-performances – or performance alongside video projection. By actively blurring the distinction between documentary and performance, I continually seek that point at which both narrative and title collapse, the point at which meaning is both coming together and falling apart.

For my most recent project, First Assignment, I followed U.S. servicewomen in training, in deployment – I was embedded as “media” with forces in Afghanistan – and after their return home (http://danielleadair.com/first-assignment). I examined their experiences and my role as “media” through a number of works, including the artist’s “field guide” book From JBAD: Lessons Learned (Les Figues Press, 2009), designed after the U.S. Army and Marine Corps Counterinsurgency Field Manual, and the feature-length video-performance, First Assignment, which is currently in post-production. My future exploration, HeadTalks, investigates the role of “expert;” who gets deemed expert and how this role is outwardly identified.

2007
“Sex and Rage” and Responsibility and March 17th and “The Documents of 20th Century Art” and Texas Holdem and Art Groupies and Walter Hopps and Tripods and “That’s Hot” and War Protest and Theory., D301 Gallery at California Institute of the Arts, Valencia, Calif.

2007
“Corteania” in Will Alexander’s Conduction in the Catacombs (performance), Artists’ Television Access and 21 Grand, San Francisco