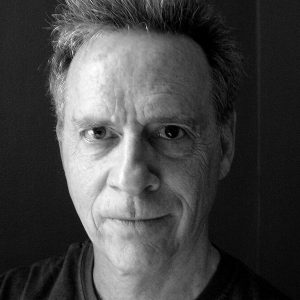 I am interested in confusing the categories: performance is inserted into installation and then expert (journalistic or historical) presentation is inserted into the performative material. And bam, we are back in the fictive performance, then again in installation. This could all take place in a day, as in “RFK in EKY,” which re-created and deconstructed events of Robert F. Kennedy’s 200-mile 1968 odyssey investigating Appalachian poverty. Another example is a series of cross-genre activities (public art, theater, installation, outdoor movement and public education) that accumulate over years as with “UTOPIA/dystopia,” whose manifestations since May 2006 included: an outdoor movement performance, a week of REDCAT Theater performances, 10 neighborhood events that engaged community brain power to identify people (artists, poets, activists and inspirers) who had made positive contributions to Skid Row. The input led to the installation, “Skid Row History Museum,” at The Box Gallery, which included performance and public conversation events, to solicit further community input. This gallery show was the point of departure for a public art installation. With the Community Redevelopment Agency, LAPD is creating a “Skid Row Walk of Fame,” permanent public artworks, lamp-post plaques (to be in place by 2010) throughout downtown to commemorate 30 visionaries at the sites where they did their community building work. Next, I want to create “WALK THE TALK” a peripatetic performance (with brass band) that travels through Skid Row with performances at each plaque, to bring the history of the community to life and keep it alive. “WALK THE TALK” would be a culmination of my work of the past three years.

A huge percentage of residents would witness the performance, which would generate a thousand or more informed, enthusiastic, “community historians” or “docents on demand.”

2009
Tricks of the Eye: History and Memory in a Shifting Social Landscape: Rhode Island School of Design, Providence, R.I.

1990
Visiting faculty, Performance, School of the Art Institute of Chicago