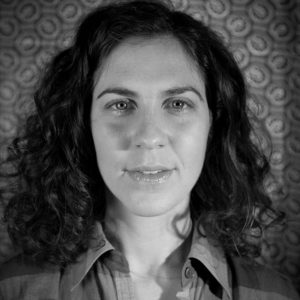 Every gesture, encounter and social act contains invisible performances related to gender, power and nationality. My artwork highlights and probes the theatricality of human interactions and the potential of exchange. In my art practice I explore the politicized spaces between people, whether those spaces be physical, virtual or cultural. My artistic production ranges from constructing performances, objects and videos to organizing international dialogues and exhibitions. In many of my projects I utilize varying strategies of collaboration — partnering with artists, composers and audiences — to mirror the relational content of the artwork.

In my most recent work, entitled “Exchange Rate: 2008,” I organized and participated in an international performance exchange in response to the 2008 U.S. presidential election. In all, 38 artists (half of which are based in Los Angeles) created, exchanged and interpreted performance direction with the aid of the project Web site exchangerate2008.com. These actions took place in 16 countries all over the globe, from the streets of Seoul, South Korea to the alleys of Tel Aviv, Israel. This series of performances mirrored and confronted the pageantry of the campaigns of both candidates and highlighted artists who are challenging the politics of today.

I am currently researching my next project, which juxtaposes the theories of Augosto Boal’s “Theater of the Oppressed” with a tourist attraction north of Mexico City that simulates illegal border crossings.

2007
The usefulness of forgetting, Gallery D300, California Institute of the Arts, Valencia, Calif.