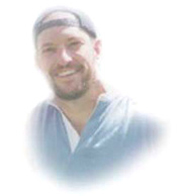 Mark Bingham was a strapping 220-pound, 6-foot-5 rugby player who fought off muggers on the street and ran with the bulls in Pamplona, Spain before taking on terrorists who hijacked United Flight 93 on Sept. 11, 2001.

One of the heroes to emerge from America’s biggest tragedy, Bingham has become a symbol of hope to the nation’s gays — a man whose sexual orientation made no difference when lives were at stake.

Bingham, who lived most of his life in Northern California but moved to New York not long before the terrorist attacks, was also a proven leader.

He coached a gay rugby team, the San Francisco Fog, was president of his fraternity, Chi Psi of the University of California at Berkeley (Cal) and started his own public relations firm, the Bingham Group, with offices in San Francisco and New York.

Some of this biography was taken from the 10/22/01 AP Wire story, “Gay Hero Emerges From Hijackings.”

To make a secure, tax-deductible donation online, click on the button below. You may also send checks payable to the California Community Foundation, noting that the donation is for the Mark Bingham Leadership Fund. Checks should be mailed to: