The “Great Recession” may be over, but in Los Angeles, need is rising.

The organizations we count on to address our most pressing issues are overstretched, and the charitable giving that sustains them is on the decline. The following slides contain key findings from “The Generosity Gap: Donating Less in Post-Recession Los Angeles County,” a first-of-its-kind study from the UCLA Luskin School of Public Affairs in partnership with the California Community Foundation on the concerns and motivations of Los Angeles donors and the extent of the county’s growing gap in charitable giving. 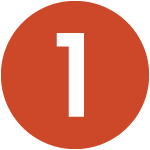 Los Angeles County residents are donating less to charitable causes than they did a decade ago. 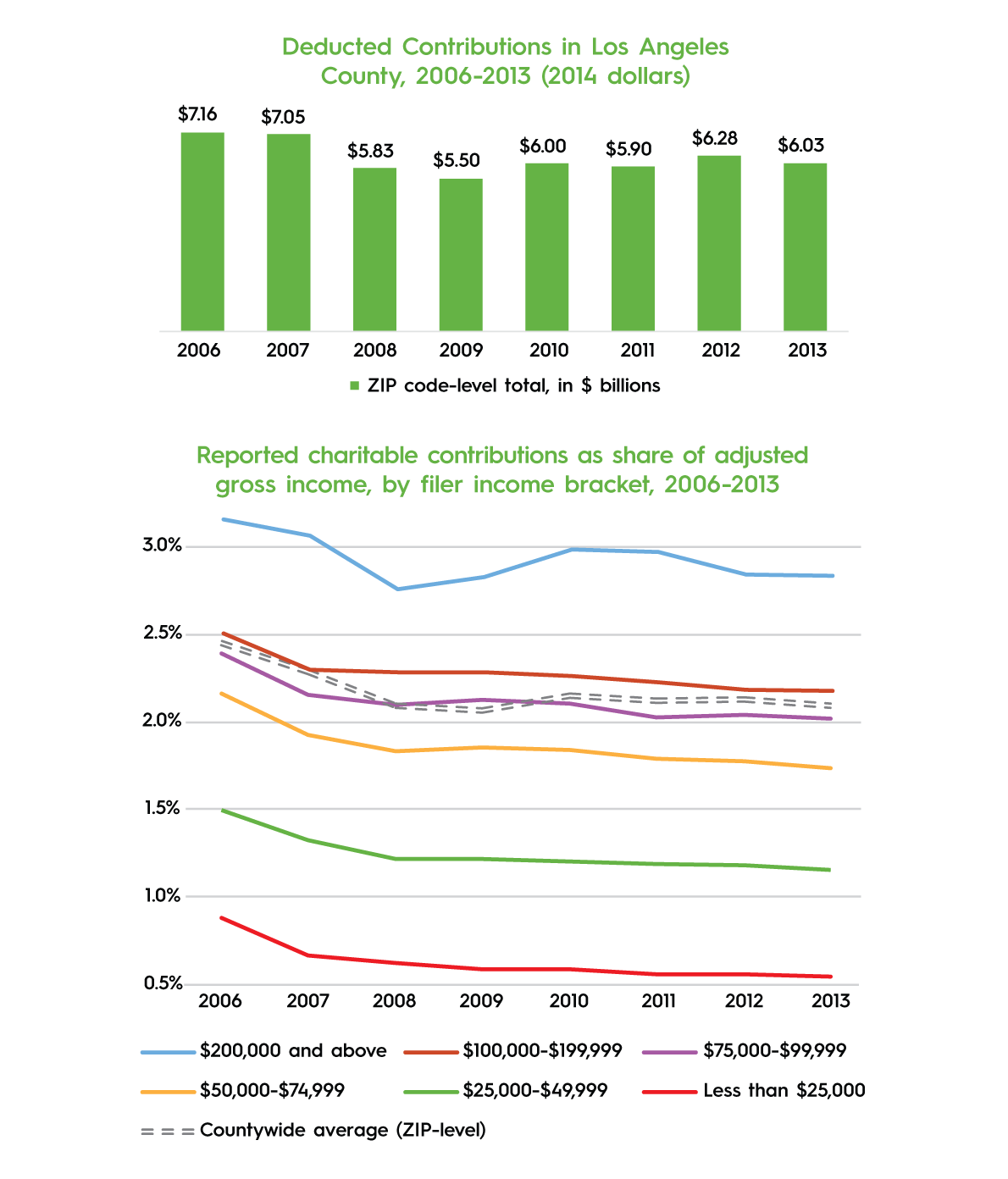 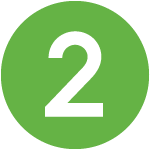 Median nonprofit revenues continue to decline dramatically in Los Angeles County, even as the number of organizations rise. 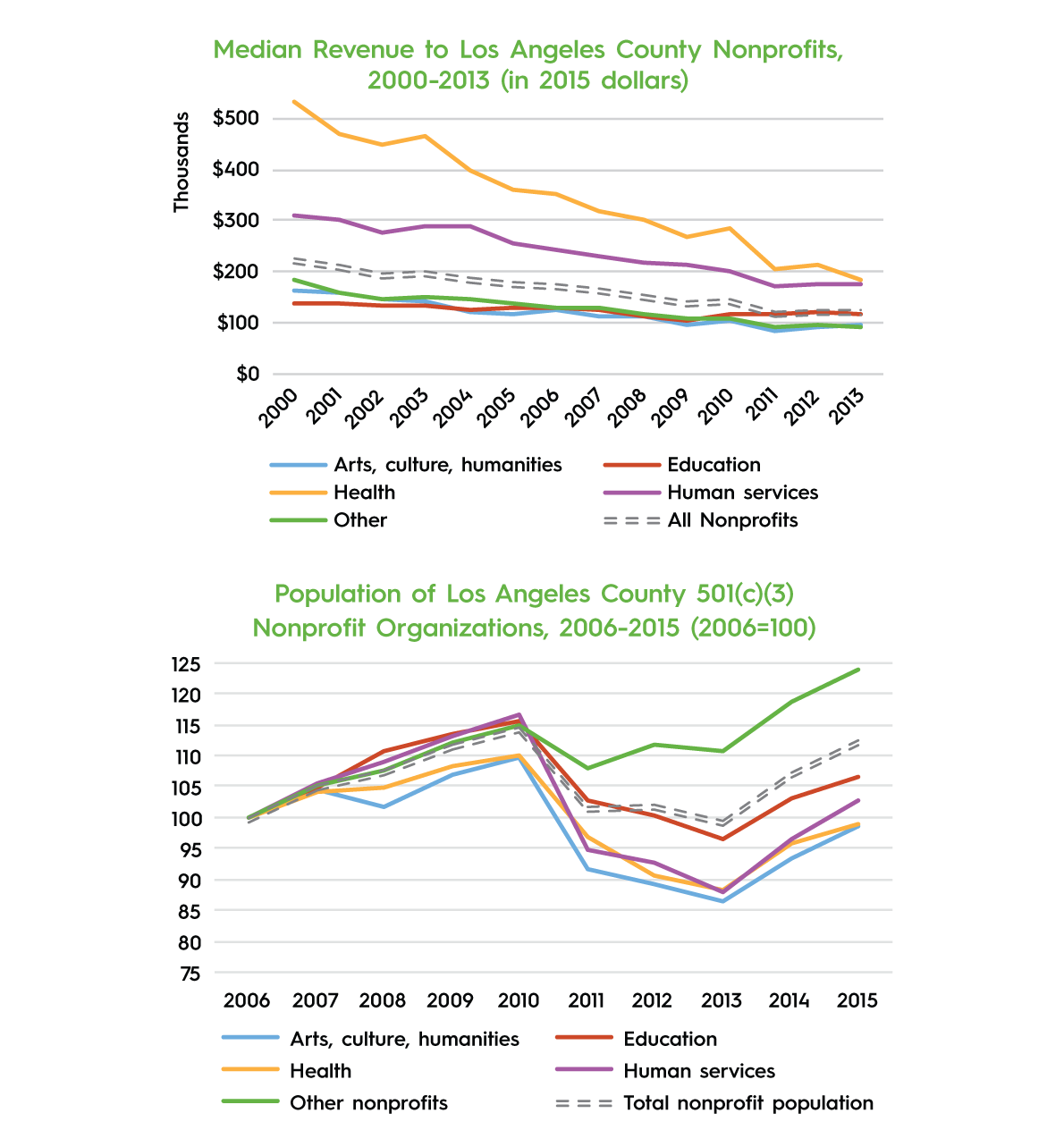 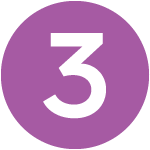 L.A. donors give to a wide spectrum of organizations, with higher proportions giving to religious congregations, basic needs and combined-purpose organizations. 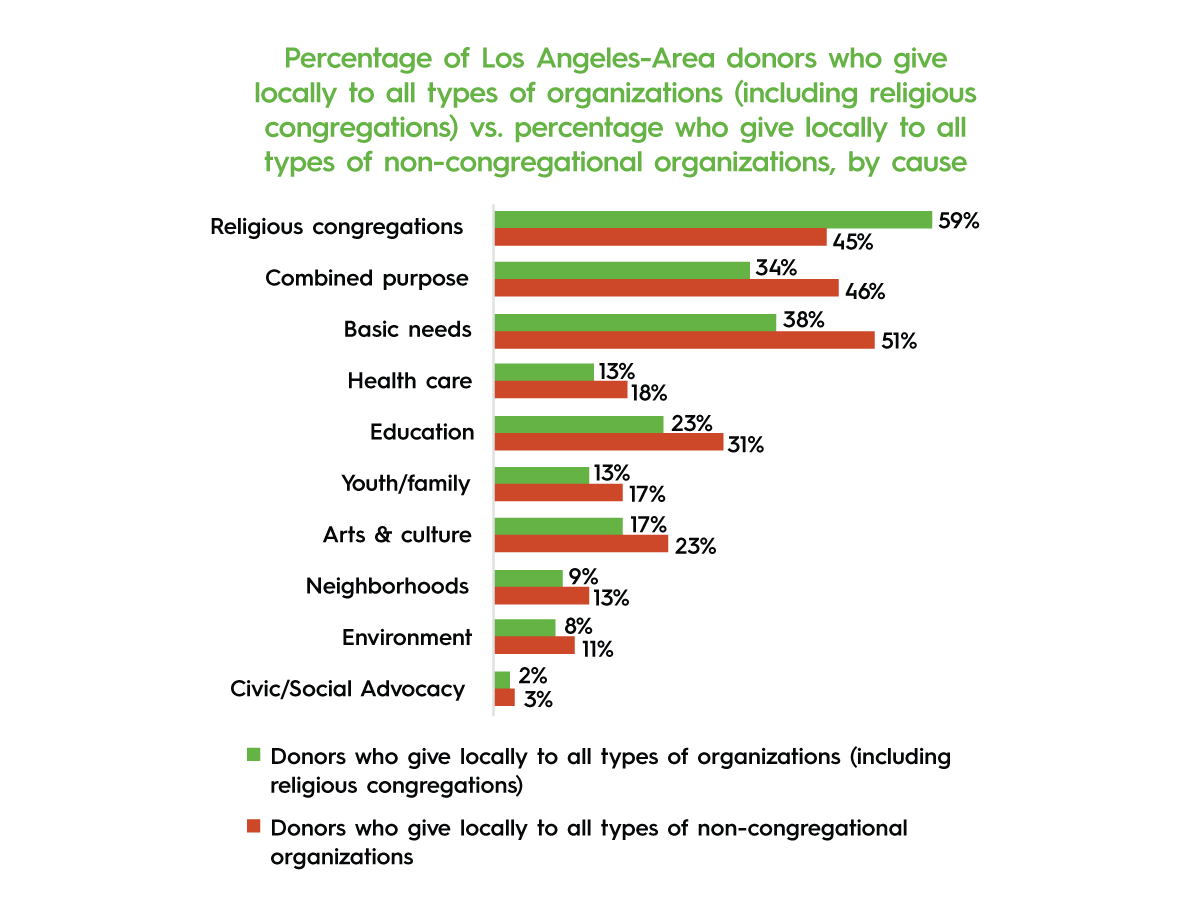 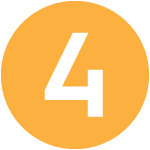 Nearly two thirds of donors in Los Angeles County gave mostly or entirely to locally focused organizations in support of at least one cause. 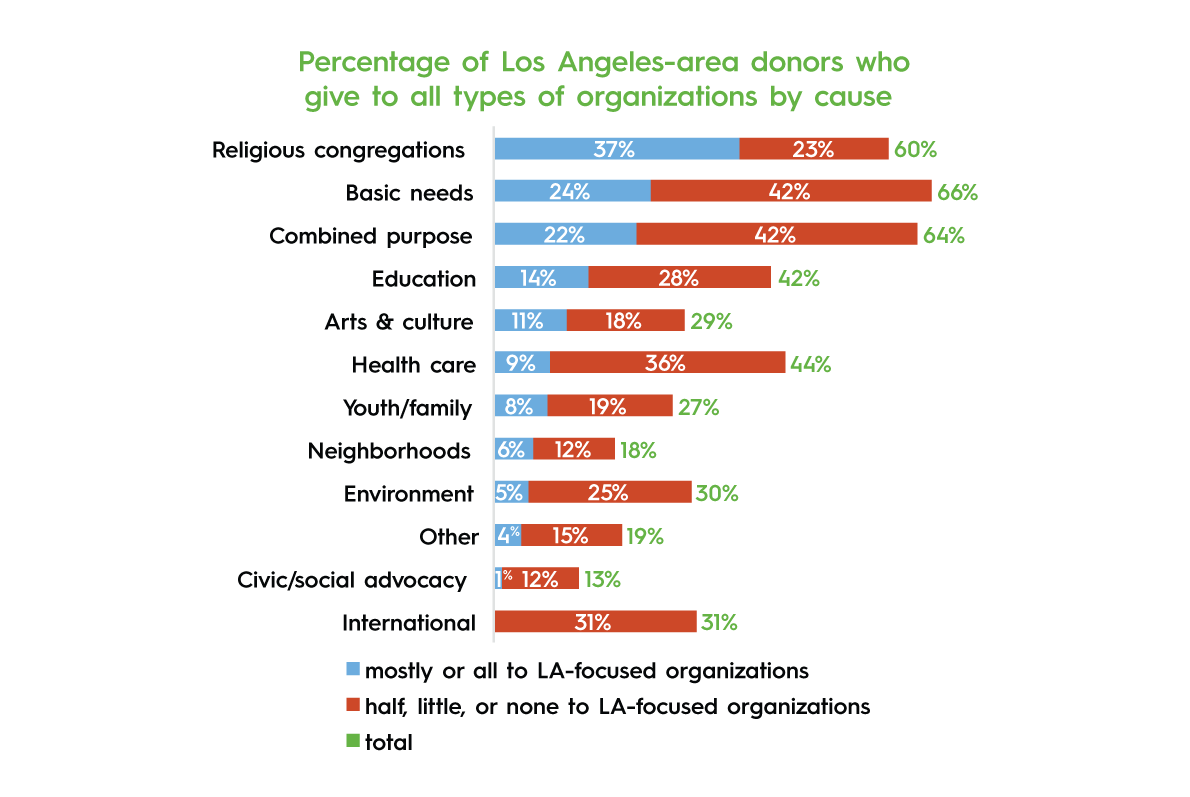 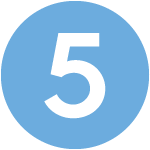 Given the opportunity to make a large gift to L.A., donors’ highest priority would be ending homelessness. But of their 2015 contributions to basic needs causes and combined-purpose organizations, only one third went to locally focused nonprofits. 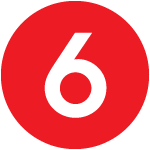 Planned giving is strongly connected with support for locally focused charitable causes, through both bequests and current contributions, especially among donors under 40. 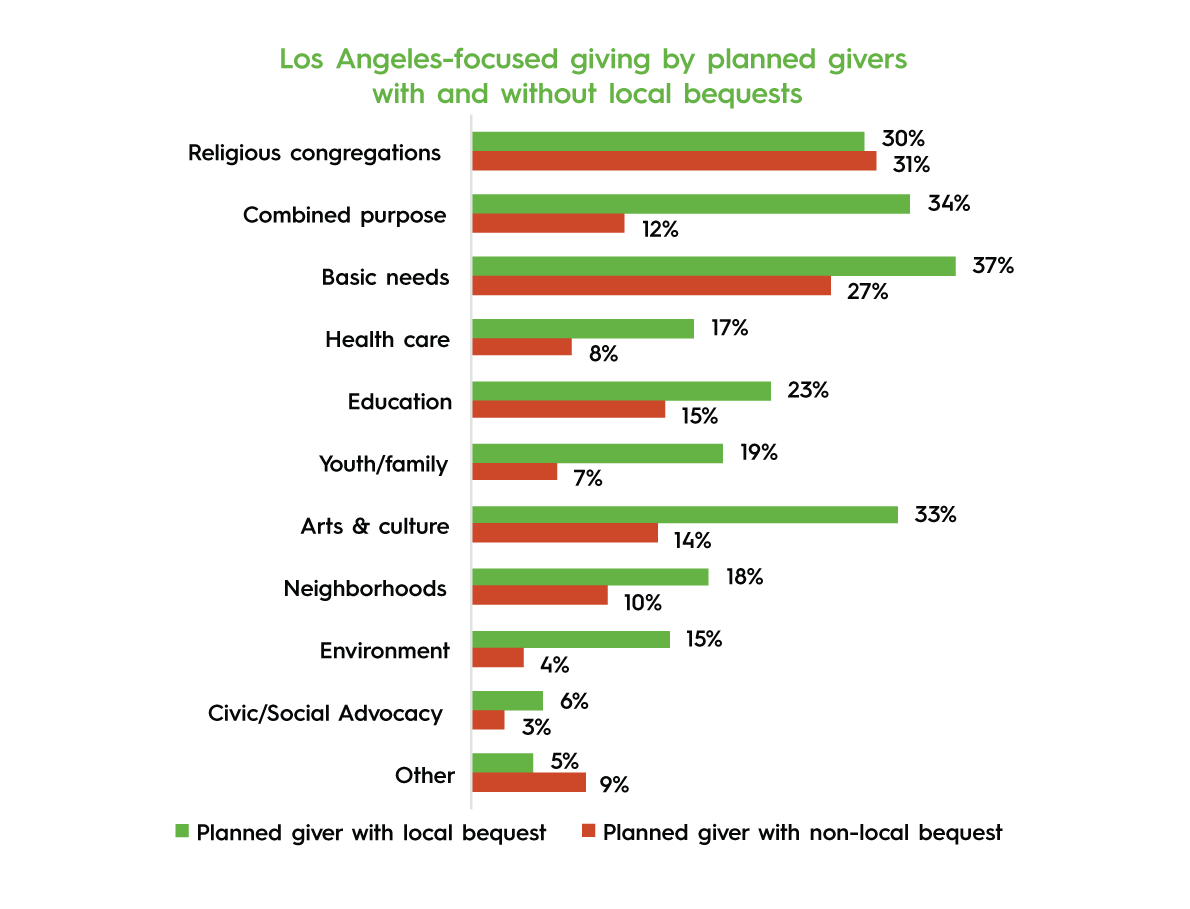 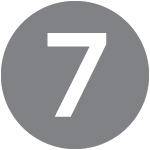 To close the gap will take new ideas and new approaches that tap into the passion and commitment of Angelenos.

Los Angeles County’s decline in giving, while urgent, is also solvable. If Angelenos gave just 2.5% of their annual income – with the extra 0.5% going to Los Angeles – Los Angeles County nonprofits could see an additional $1.5 billion in revenue. But to do so means coming together as a community and connecting the passion we share with the world to include Los Angeles.

Through our own experience at the California Community Foundation and what we have learned from our nonprofit partners and peers, we have identified and embarked upon four approaches to strengthen L.A.’s nonprofit sector and close the generosity gap:

1. Use cross-sector partnerships to tell L.A.’s story and draw outside funding: Funders often see Los Angeles as a complex and confusing place to invest. As a result, we receive fewer outside grant dollars per-capita than other major metro areas. CCF has joined forces with other philanthropic institutions to support LA n Sync, which since 2013 has brought together the academic, government, nonprofit, business and philanthropic sectors to tell Los Angeles County’s story and embark on a coordinated and collaborative attempt to “market” the needs and potential of Los Angeles. In its first three years, LA n Sync has brought nearly $200 million in state and national funding to the county.
2. Strengthen and streamline nonprofit organizations: The decline in giving has been exacerbated by the growth in the number of nonprofits in Los Angeles County. Duplication of services leads to inefficiency, and, coupled with the increased competition for shrinking resources, creates an environment in which the causes themselves suffer. The Nonprofit Sustainability Initiative, launched by CCF, the Weingart Foundation and the Ralph M. Parsons Foundation, has worked to create healthier and stronger nonprofits by facilitating partnerships between more than 65 organizations, giving more than $1 million to assess capacity, support restructuring, integrate programs and share lessons across the sector.
3. Build connections between Los Angeles donors and local nonprofits: When donors do want to give to Los Angeles, they can be discouraged and intimidated when trying to navigate the county’s 35,000 nonprofits. This difficulty can draw attention and dollars away from Los Angeles to national organizations with greater brand recognition. To address this, CCF is designing an online resource to connect Los Angeles donors with effective local nonprofits working on the issues they care about most, so they can give their time, their money and their passion to build a better Los Angeles.
4. Help organizations tap into Los Angeles’ historic wealth transfer through planned giving: Los Angeles is in the midst of one of the nation’s largest transfers of wealth. A 2011 study sponsored by the Center for Rural Entrepreneurship found that nearly $1.4 trillion will be transferred between generations in Los Angeles County between 2010 and 2060.3 Since the report was released, CCF has experienced this transfer firsthand, bringing in more than $750 million in contributions, most of which were planned gifts. Planned giving offers a tremendous opportunity for donors and nonprofits to take part in this transfer and partner to make a permanent impact on the future of Los Angeles. These gifts, whether made through an estate or created during a liquidity event during the donor’s lifetime, allow people to make truly transformative gifts while encouraging nonprofits to plan for the future and engage in long-term stewardship of their donors.