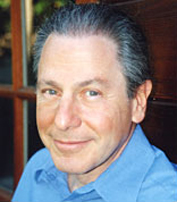 San Fernando Valley community and business leader Charles “Chuck” Bloomfield passed away of pancreatic cancer on March 1, 2004, at home. The Betty and Daniel Bloomfield Fund, named for his parents, honors their memory as well as his. This fund supports individuals involved with the Cato Institute and the Ayn Rand Institute, and provides music scholarships to students of the Juilliard School.

When Bloomfield established this fund at the foundation in 2004, he said, “Since Betty and Daniel Bloomfield were the role models and inspiration for anything positive that I might have accomplished in my life, this fund is a tribute to them and an ongoing continuation of their good works.”

Bloomfield was born in Chicago on June 15, 1943. After earning a business degree from the University of Miami, Bloomfield returned to Chicago and became a stockbroker.

He had a talent for financial matters and became a full member of the Chicago Board of Trade in 1972. He took great pride in his work on the Board, remaining active in the exchange throughout his illness.

Bloomfield was a private man who took a keen interest in the welfare of others, particularly the disadvantaged. He served on many commissions and committees, contributing his ideas on health care, taxation, transportation, and, especially, fairness. He was an arbitration judge for the New York Stock Exchange and a mediator for the Los Angeles County courts. For Bloomfield, it was about helping people.

Bloomfield interests were many. He was active in Toastmasters and even took a stand-up comedy class. He to collect clocks, mineral and rock specimens, sculpture, art and cars. He especially enjoyed serving as a judge at many car shows. He played the guitar, loved to play show tunes on the piano and listen to blues and rock and roll.

Chuck Bloomfield will live in the hearts of his family and friends, and his spirit will continue to shine in the improvements he made in our quality of life and that of future generations.

To make a secure, tax-deductible donation online, click on the button below. You may also send checks payable to the California Community Foundation, noting that the donation is for the Betty & Daniel Bloomfield Fund. Checks should be mailed to: