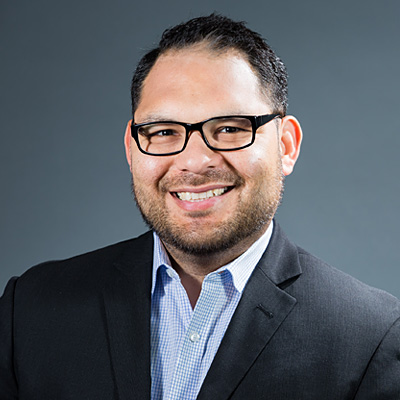 Efrain Escobedo is vice president in charge of education and immigration programs at California Community Foundation. Escobedo has had an extensive career, dedicated to increasing civic engagement and ensuring public policies and institutions not just serve but also empower our communities.  He has worked nationally and locally on efforts to increase citizenship, voter participation and the Census and is recognized nationally and locally as an active leader and expert in Latino civic engagement and elections policy.

Prior to joining CCF, Escobedo was the manager of governmental and legislative affairs for the Registrar of Voters in Los Angeles County, the largest election jurisdiction in the nation with more than 4.5 million registered voters. There, he worked with elected officials to enact numerous initiatives aimed at making the voting process easier for Angelenos, including the authorization of online voter registration. His work also included launching a partnership with the design firm IDEO to modernize LA County’s voting systems using a participatory human centered design approach—a first of its kind project in elections.

Escobedo also served as senior director of civic engagement for the National Association of Latino Elected and Appointed Officials (NALEO) Educational Fund, where he helped develop and lead several national efforts in the areas of Citizenship, voter participation and the 2010 Census.  He was instrumental in the development of innovative voter contact strategies and technologies that helped to engage more than one million young, newly registered and infrequent Latino voters across the country.

Escobedo earned his bachelor’s degree in American studies and ethnicity from the University of Southern California and is a recent graduate of the Los Angeles County Executive Leadership Program.