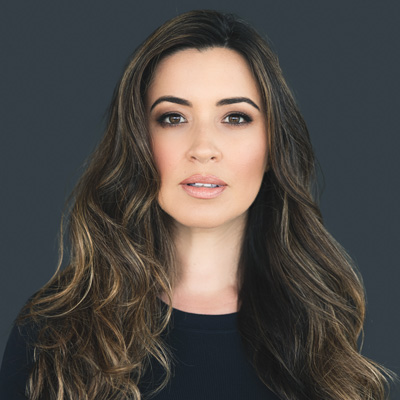 Alejandra Campoverdi is a nationally-recognized advocate for women’s health, a member of the Medical Board of California, and a former Obama White House official. An influential patient advocate for breast cancer and BRCA awareness, Alejandra produced and appeared in INHERITANCE—a PBS health documentary that intimately follows the surgical journeys of three women and was named one of the “Best Documentaries of 2020” by ELLE. Alejandra also founded LATINX & BRCA in partnership with Penn Medicine’s Basser Center for BRCA, which is the first awareness campaign on the BRCA gene mutation that targets Latinos and offers Spanish-language educational materials. From 2009-2012, Alejandra served in the Obama White House, initially as Special Assistant to the Deputy Chief of Staff for Policy and later as White House Deputy Director of Hispanic Media. In 2020, Alejandra was appointed to the Medical Board of California by Governor Gavin Newsom. Alejandra holds a Master in Public Policy from Harvard University’s Kennedy School of Government and graduated cum laude from the Annenberg School for Communication & Journalism at the University of Southern California. Alejandra is a recipient of Penn Medicine’s Basser Center for BRCA’s inaugural YLC Distinguished Advocacy Award for her advocacy around BRCA-related cancers.